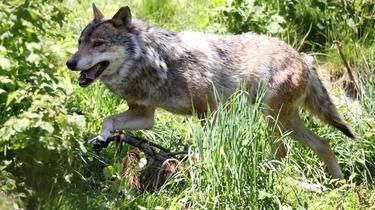 A polar bear attacks a village, killing a woman and a boy

A polar bear attacks a village, killing a woman and a boy

A polar bear killed a woman and child Tuesday, January 17, in a remote Alaskan village. The animal was then shot dead by a local resident.

A woman and a child were killed Tuesday in a polar bear attack in a remote village on Alaska’s west coast, state officials said, in an extremely rare occurrence. According to preliminary information, the bear has entered Wales, a small, mostly indigenous village on the banks of the Bering Strait, “and has been chasing several residents,” state police said in a statement.

“The bear attacked and killed a woman and a male minor” before the animal was “shot by a local resident,” police added, specifying that police officers and specialized agents should go to the scene “as soon as weather conditions permit.” .

According to the NGO Polar Bears International, a total of 73 polar bear attacks killed 20 people between 1870 and 2014, and the frequency of attacks is increasing.

In Alaska, polar bears are found only on the extreme north and west coasts of the state. Climate change, which is melting its main habitat, the pack ice, is threatening the bear species.