5 Most Surprising Yoongi Marry Me Moments

5 Most Surprising Yoongi Marry Me Moments

Kpop fans and idols are always close and often share jokes that only they can understand.

Such is the case with the famous line “Yoongi marry me” that Suga has suggested countless times.

And this meme has popped up everywhere even when BTS isn’t there.

Let’s take a look at 5 of these very special “marriage proposals”. 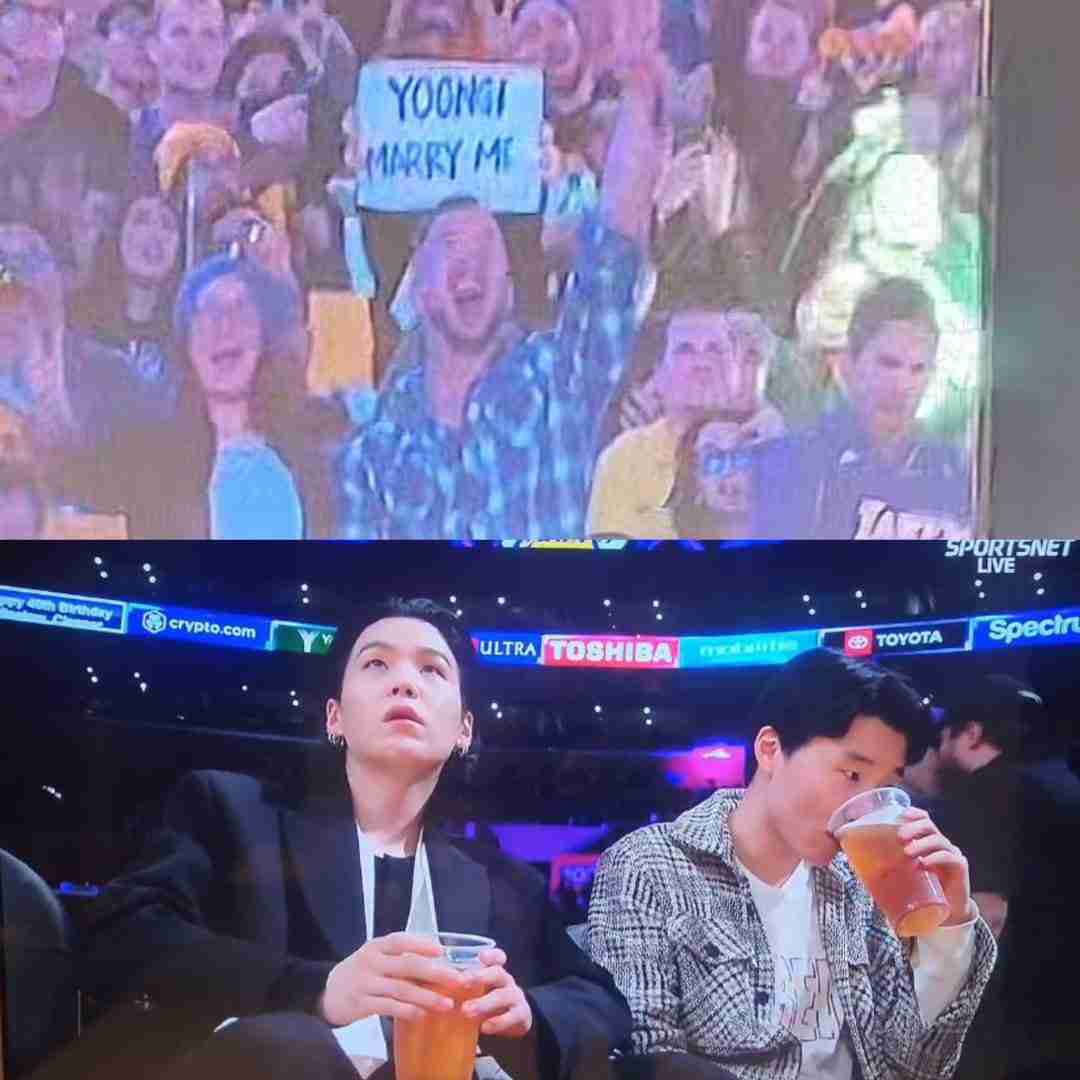 An ARMY waved this sign during a recent game between the Los Angeles Lakers and the Dallas Mavericks.

After reading this comment aloud in both English and Korean, Soobin said, “You came across the wrong channel. » Good luck next time!

J-Hope graced the stage as a performer but also as a winner of multiple awards including Most Popular Male Artist. During his speech, a camera showed the audience. A fan flipped her sign over to reveal a hidden message: “Yoongi marry me. »

Fans aren’t the only ones begging for Suga’s hand! RM emulated the fans, commenting, “Fighting Yoongi! Marry me” during Suga’s live stream (but it was skipped…).

Suga is definitely more than popular!