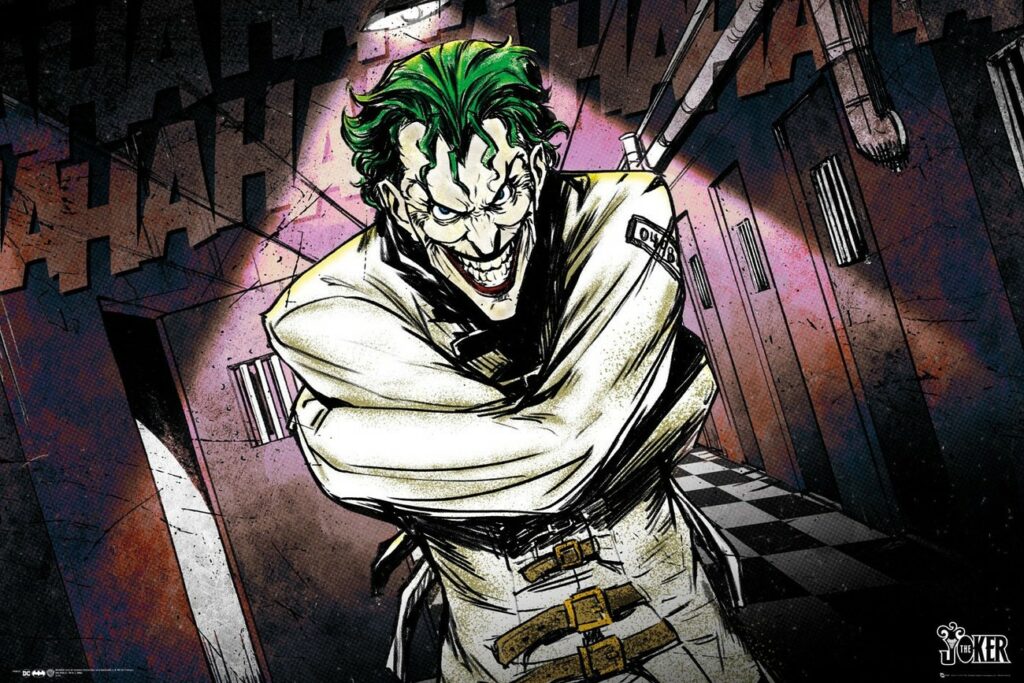 To celebrate the release of the documentary Supervillains the Investigation on Toonami, here is a list of 10 iconic supervillains of the DC Comics universe

After a first documentary released in 2021, the reign of superheroines, Xavier Fournier and Frédéric Ralière are preparing a new documentary about super villains! This documentary will be released Jan 29, 2023 at 8:55 p.m on the chain toonami. Here is the teaser for the film:

Batman’s nemesis. As a bank robber and psychopathic killer, he cultivates an obsession with the black-clad vigilante. Popular with audiences thanks to Christopher Nolan’s films, the Joker fascinates with its unpredictable and contradictory side. A giant tragic clown.

However, as a sworn enemy of Superman, he has no power other than his intelligence and money. As a former President of the United States, he almost killed Batman and Superman. Not to mention an oversized ego that gives him the courage to take on such great fighters.

Half human, half cheetah, this super villain oscillates between her bestial and her human temperament. Formerly a friend and ally of Wonder Woman, she has since cultivated a fierce hatred for the latter and all superheroes in general. She was an archaeologist and didn’t hesitate to drink the blood of Doctor Tom Leavens to complete her transformation. She now has superhuman strength.

One of the most popular super villains, the mythical Harley Quinn. The former brilliant psychiatric student has a passion for an inmate: the Joker. She then begins an attraction for him until she becomes his companion. She helps him escape from the hospital several times and fulfill his destiny. Her character was interpreted by Margot Robbie and soon Lady Gaga will don the super villain’s costume for the Joker 2 movie.

Oswald Chesterfield Cobblepot says the penguin is another of Batman’s great enemies. The latter became one of Gotham City’s greatest gang leaders after suffering from his awkward physique, then developed a hatred and thirst for immeasurable evil. However, he remains sane, unlike the insane enemies Batman is used to rubbing shoulders with.

This super villain is as cold as he is mysterious. Long claiming to be Batman’s adoptive father when his parents died, he would later become his enemy. Knowing the true identity of the vigilante hero, he strives to create a perfect society, for which he does not hesitate to sacrifice a part of humanity. He’s a very old supervillain who bathes in Lazarus’ well to stay alive.

One of the most powerful characters in DC Comics, this super villain leads an army on Apocalips equipped with advanced technology. In addition to being invincible and feeling no pain, he is notable for his cosmic ambition and the passion he puts into finding the Anti-Life Equation.

This super villain is Wonder Woman’s antagonist and possesses the powers of invulnerability and immortality. He is a real god, he can traverse universes and summon darkness to play with his enemies. He finally has the ability to easily raise the dead. Not bad.

He killed Superman! That’s enough to make him respect him. Its creator modified the DNA of this colossus to allow it to regenerate and evolve itself. In other words, he gets even stronger with each new fight. He has already defeated supposedly immortal beings and destroyed entire planets. Rather muscular doomsday.

This creature is one of DC Comics’ most original. In fact, it fills everyone who encounters it with terrifying fear. He is one of the Green Lantern’s most fearsome cosmic foes. He manages to instill fear in people so much that he ends up dominating them, as was the case with Wonder Woman, Superman and other heroes, all under his mind control.

Also Read: 5 Things You Should Know About The You Series